The builder returned to continue the work on the concrete column that was to anchor the metal mount support to the ground. The height of this was calculated based on the height of the chamber and that of the telescope when on top of the mount. 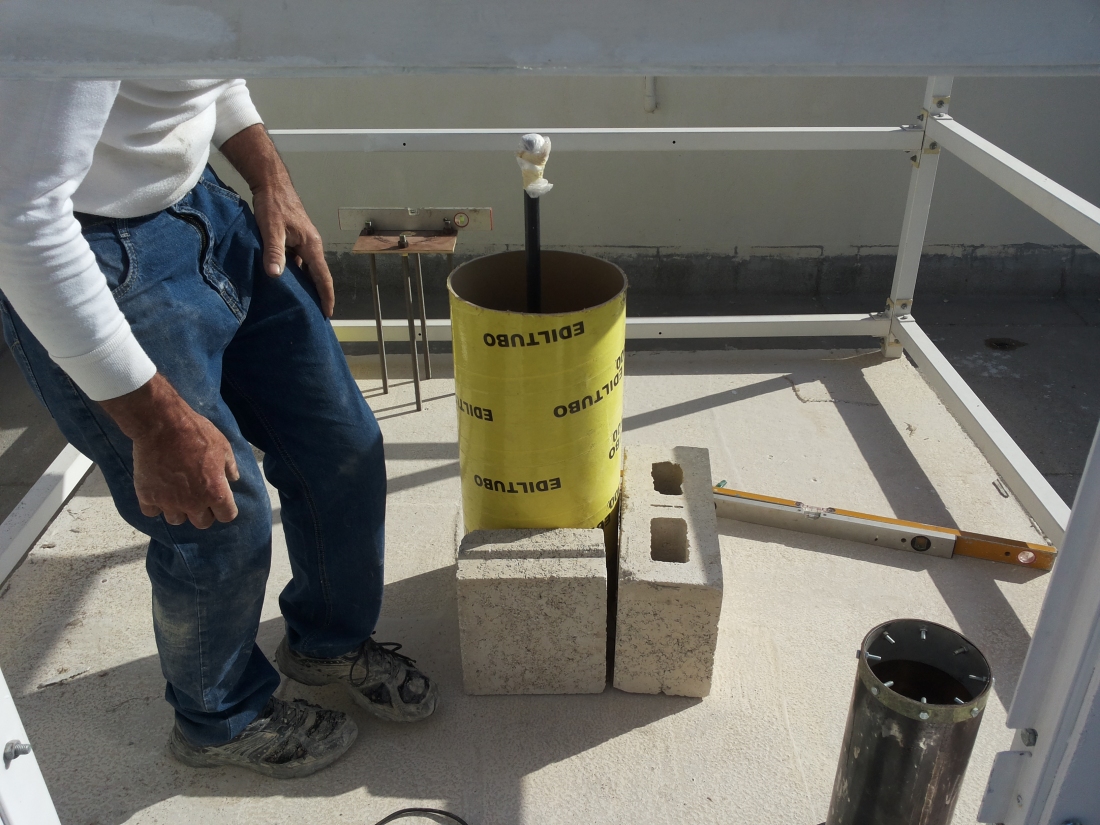 The concrete was poured in a cardboard cylinder 30 cm in diameter and  that had been cut to the required length to allow the top of the cement to reach the upper end and allow the wooden panel to ‘float’ on its surface sinking the four stainless steel threads deep into the concrete with only 4 cm stubs  rising above the panel. These were kept in place by nuts screwed in from the top. 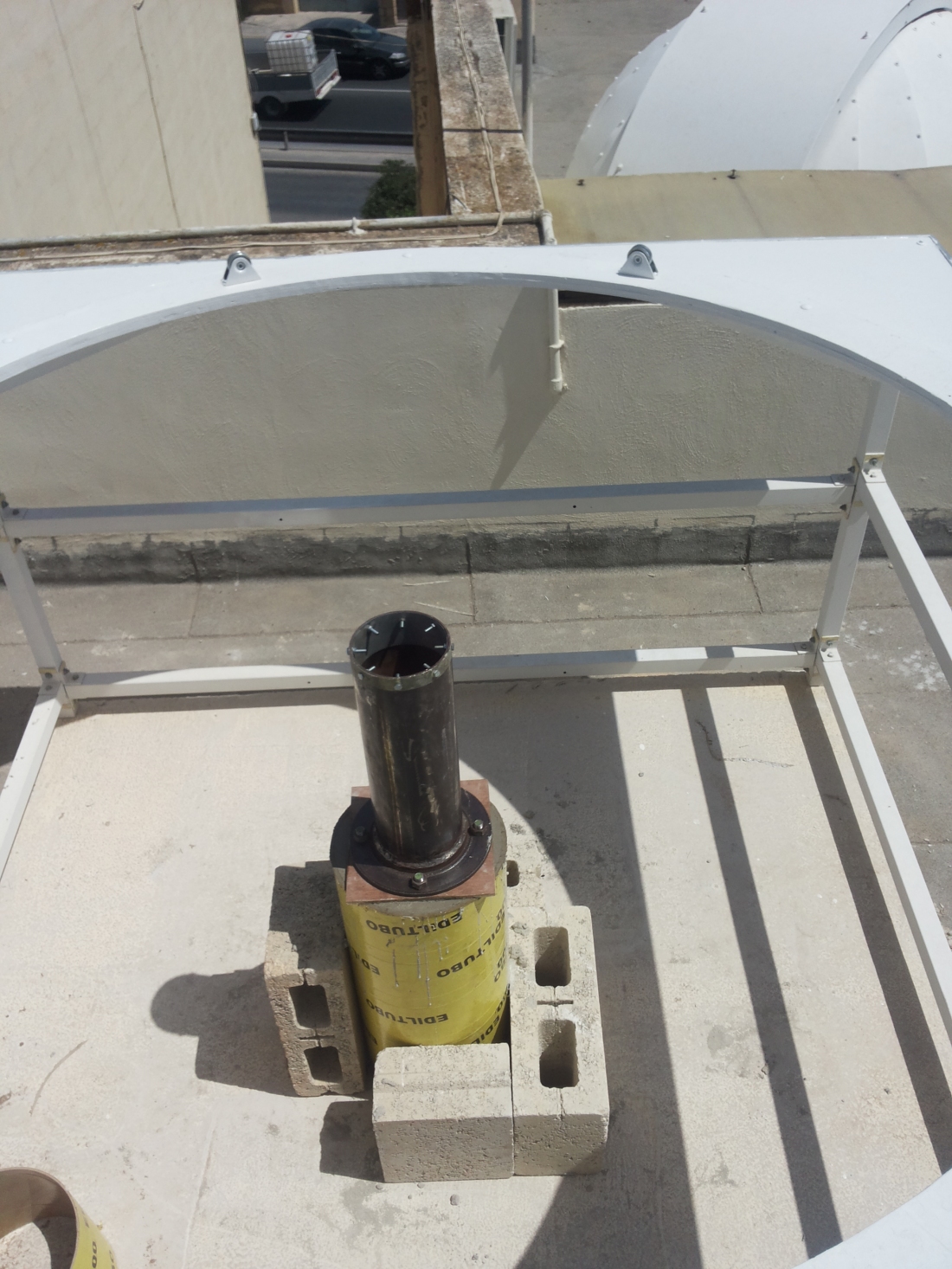 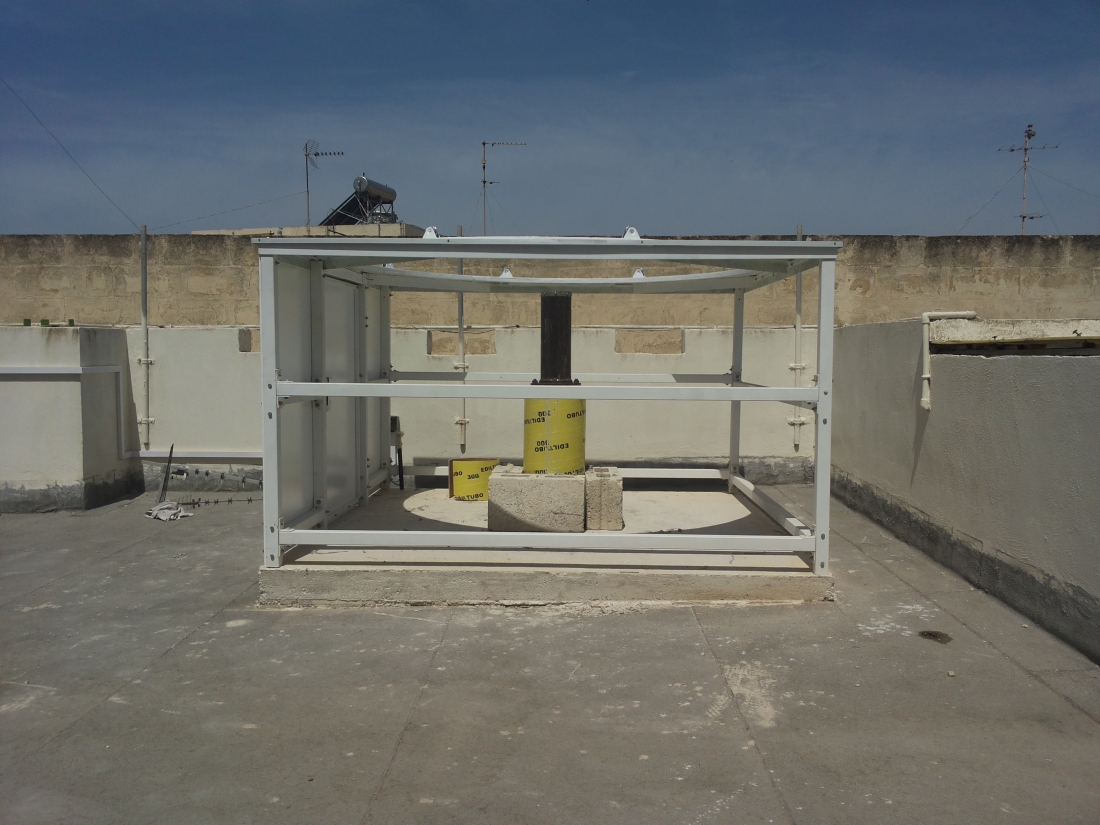 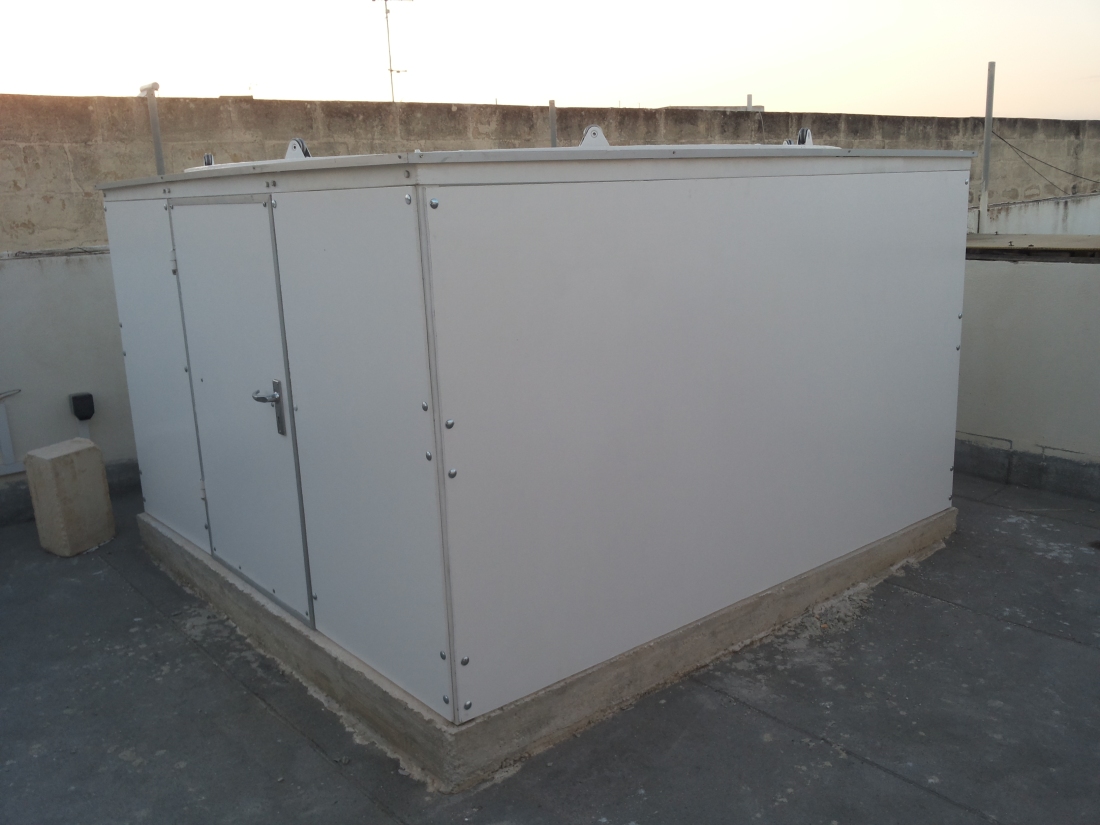 I was eager to try on the mount and see for the first time if the height of the cement column and metal pedestal together were sufficient to allow for the full use of the window space by the OTA when on the AVX.

To my relief it looked fine…all moving parts of the mount peered well above the roof level of the chamber allowing a full range of movement of the mount and its future payload.

By rotating the bottom one of the two disc brakes inside the top of the cylinder I could get the mount to point directly North in the neutral position and the eight circumferential grub screws made it easy to tightly lock the disc plate in place. This meant that by using the mount’s own adjustment fly nuts I would be able to point the mount at any point between 350°W and 10°E allowing accurate orientation to true North.

The three adjustment screws in between the converted disc brakes allowed a very firm fixture of the mount and accurate alignment to the horizontal. 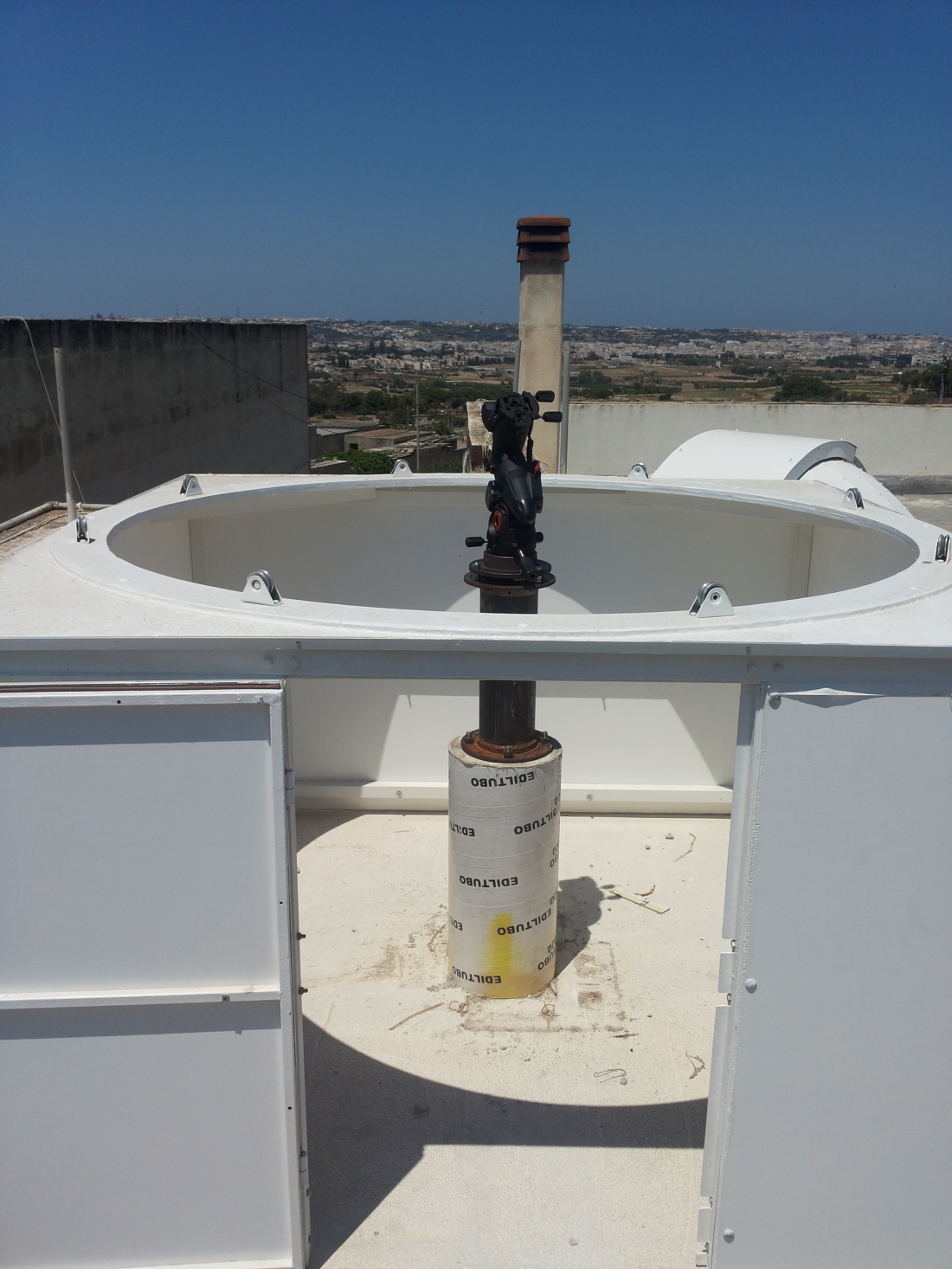 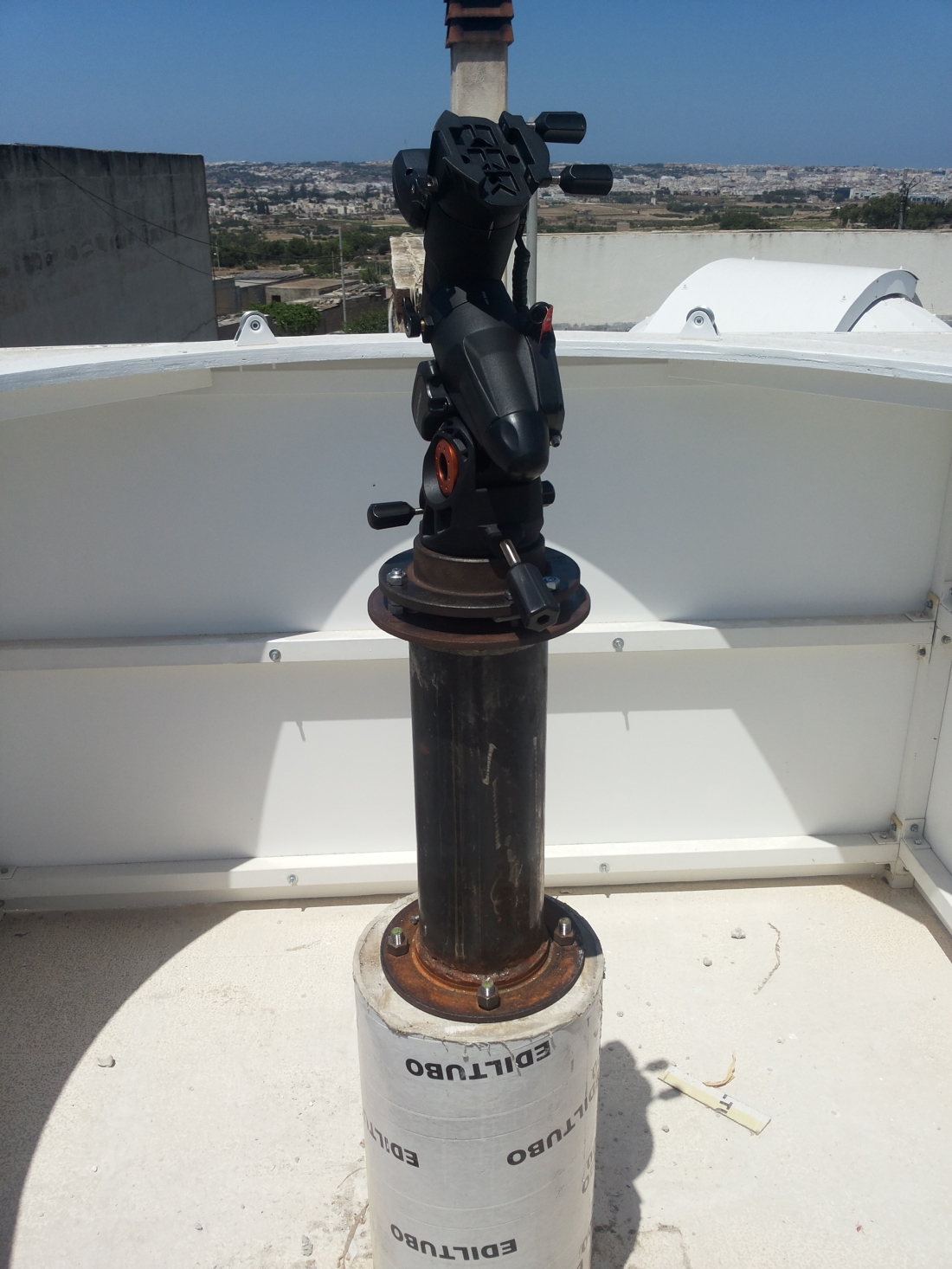 All was ready for the raising of the dome…